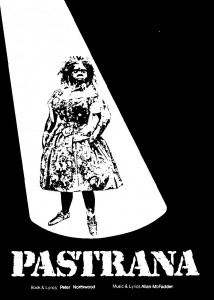 She was a Freak!

She was a Star!

She was a Woman!

Julia Pastrana was a performing freak of the mid nineteenth century. This music drama takes place over the last few years of her life.

The musical is told in flashback. From the darkness can be heard the sobs of inmates in a Russian asylum. Charles Lent is goaded by them into telling them once more the story of his torment.

Several years earlier, he and his beuatiful common law wife, Johanna, are down and out on their luck in Mexico. There they come across a small travelling sideshow featuring the freak woman, Julia, who sings and dances crudely. While all the others laugh at her, Lent begins to see possibilities of getting out once and for all from his lifetime of being a cheap chisler.

He buys Julia from her ignorant Mexican peasant parents and has her taught to sing and dance. They travel through all the small sideshows and carnivals, until at last they finally get to play a theatre.

Julia becomes the toast of London and Europe, but finds herself empty inside and realises that she must have Lent. She manouveres Johanna out of the way. And Lent and Julia marry. Did Lent marry her for love? Or to maintain his commission?

Julia can now realise her dream – to prove to the world that she is a normal woman by giving birth to a normal healthy boy.

The child is born in Russia, and is tragically just like her. Julia dies in a spasm and the child dies also.

Lent sells the bodies to be embalmed, and in a fit of guilt and remorse buys them back. He travels the sideshows of Europe with her once again for a further twenty years – before being committed to an asylum in Russia where he dies.

The story of the real Julia Pastrana continues on however. She travelled the world for a further 100 years, disappearing in Sweden in 1973.

The story is true. However when Peter Northwood was researching Julia’s story he realised the name of her manager was always listed simply as “Lent”. There was no given name recorded for him. ‘Charles’ therefore is fictional, as is the character of Johanna (Jo).

She was 28 when she died in 1860. This musical covers the last few years of her life. Descriptions vary enormously. Essentially, she sang and danced in the style of Lola Montez. Most of her face, including her forehead, was covered in shining black hair. Her arms, shoulders, and bosum were quite hairy. She had big ears and often wore loop earrings. Her nose was wide and squat, with enormous nostrils. Her lips were large and deformed. She had a heavy moustache. Her teeth were irregular and abnormal.

A contemporary described her as having black eyes with long thick lashes, a good figure, graceful, a tiny foot, and well-turned ankle. She had a sweet voice, great taste in music and dancing, and spoke three languages. She was often known as “The Ape Woman”

He is a few years older than Julia. He was first her manager, and later her husband and father of her child.

She is the common law wife of Charles Lent, and is about his age. She became a close friend to Julia.

This actress also plays the part of MARY, a prostitute.

A minimum of seven actors (four men and three women) play all the remaining characters. They include:

The minimum vocal requirements are: 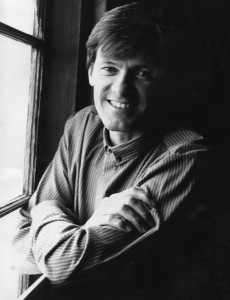 Peter Northwood was born Peter Allen Etscheid in America and moved with his family to Australia in January 1966. Initially he studied to be a Primary School Teacher, completing his Dip. T. in Adelaide and spending six years as a teacher/headmaster at Vectis and Dimboola in western Victoria. He worked in theatre during this time with the Arts Council group in Horsham; acting, singing, designing and directing.

In 1978 he enrolled at the Ensemble Theatre in Sydney to study drama under Hayes Gordon.

He worked in over 40 productions with the Australian Opera as an actor and spent the last fifteen years of his life writing.

Peter was working on the libretto for “The Eyes” based on the book “Forerunner Foray” by Andre Norton when he died. 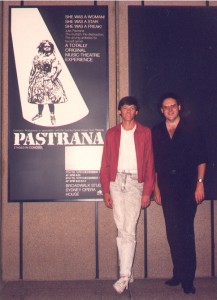 Other productions of: Pastrana