Since 2002, Allan McFadden has been collaborating with Australian writer Peter Fleming.

Their first musical together was Air Heart.

This was followed by Frank Christie, Frank Clarke!

There are another two or three  musicals in various stages of completion. 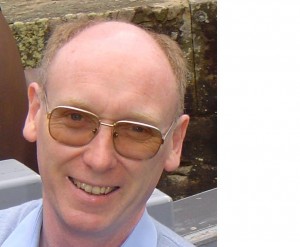 A Brief History of Love. (Awgie Award Winner 1992) The life of Stephen Hawking

A Wolf in the Sunlight (ABC Radio Drama 2002, Ferknerkle Productions 2003)

The Siege of Cafe Glebe (Ferknerkle Productions 2003) – A ludicrous comedy

Co-ordinator of the Australian Musical Foundation at NIDA, 1993/4

Member of the US Dramatists Guild

Recipient of an award from the Australian Writers Guild

Peter writes the first outline in script form. The future lyrics for the songs are written as text passages, in statements and intentions, highlighted in bold face. Allan adapts these into a lyric as he composes the music. Once a first draft of the score is completed, Peter reworks the script and he and Allan rework the lyrics into the final show version.

A reading by actor friends, some time later, usually takes place with Allan trying to sing all the songs. From this closed reading, changes are made to all facets of the musical.

The next step is to record a demo CD of the score and / or present a staged reading of the musical to friends and interested producers.

Peter and Allan like to have as many problems ironed out before submitting the material to theatre companies.